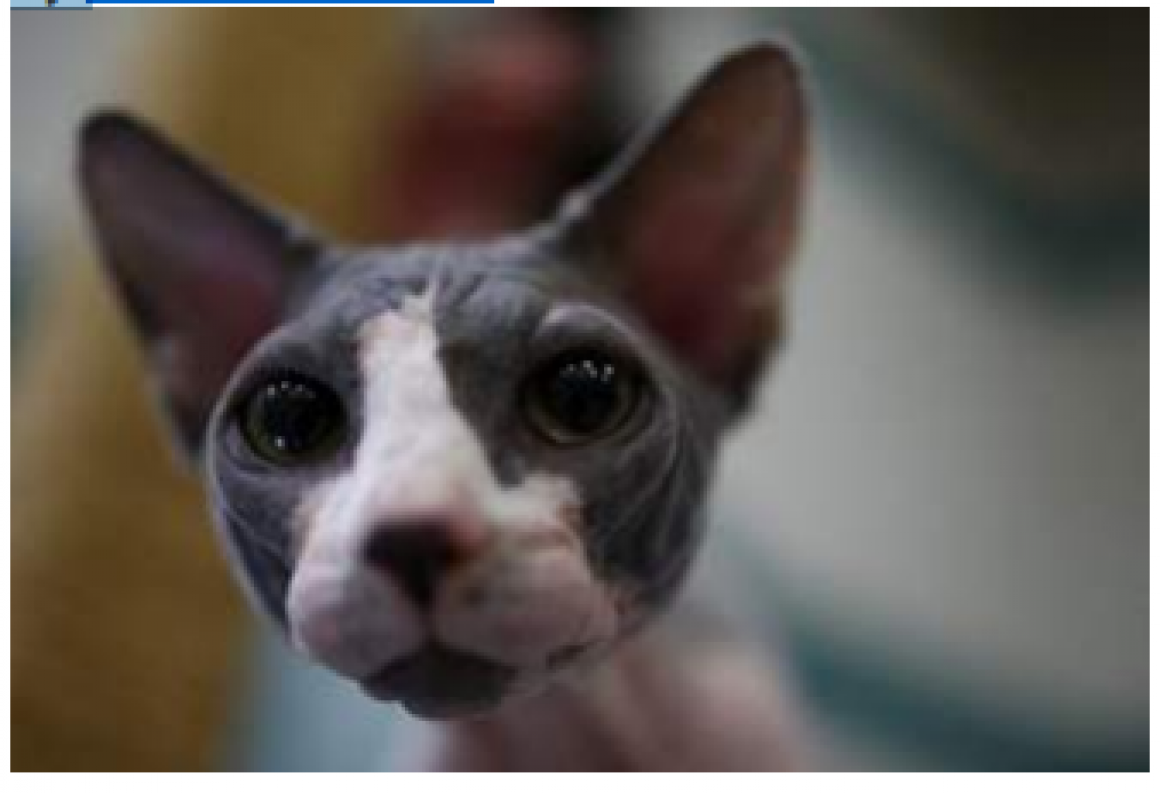 A sphinx cat was at the Skyway Cat Club cat show in Pinellas Park. LUKE JOHNSON/STAFF ST. PETERSBURG — The No. 1-ranked Bengal cat in the world, a feline from Indiana, drew a crowd at the Skyway Cat Club of Tampa Bay’s 30th annual TICA Cat Show on Sunday. But the judges, who rarely agree, thought a 6-month-old Bengal owned by Melody Boyd, a Savannah, Georgia-based foreclosure attorney was prettier.

“You want to know the dark and dirty side of cat shows? It’s all politics. It’s all how well-known the cat is,” Boyd said in a near whisper. “This show is the least political in the cat show circuit, and the judges are very fair. You spend a lot of time and money doing this, and you want to make sure your cat is judged fairly on its merits. That’s why you choose carefully where you go.” The weekend show, held at the Minnreg Building in Pinellas Park, was by far the group’s biggest, with more than 147 entrants. Judges come from as far away as France and breeders from across America and Puerto Rico.

“There’s another show in Orlando right now and we got more than they have, but I’m just bragging,” said Theresa Kempton, a TICA judge and producer of the Skyway show. “We pick up five or six new faces every year and they keep sticking with us. We even have the same spectators come in every show to see how the cats have grown.” Though the show provides ample opportunity to peruse local vendors, socialize with other cat lovers and even adopt a future champion, the claws come out during competition, which is all about poise, pedigree and physique. TICA has a written standard for each cat breed: what eyes, jaws and coats should look like with the best breeding.

It took Kempton five years of study to become a judge, but in the world of cat shows that’s the first step towards a position in the international circuit. Some breeders get ready by taking their cats through a busy Home Depot to familiarize them with being around other humans. They create mock showing tables and cages so the cats will be relaxed
during show time. “There is no prize money. There is no check,” said Boyd, who sells her cats through Boyd’s Bengals. “The only thing you get to walk away with is the prestige, the joy of winning and the ability to bask in the glory that you’re cat came out on top.” Sheila Andreasen upgraded her sedan to a van this year to drive 10 cats to the show from her home in Dothan, Alabama. Unlike many of the breeders, Andreasen finds her show cats in local rescue organizations, and after the show puts them up for adoption through her organization Kee Kitty Friends. Every time she braves the drive to make it to a Skyway show she usually finds homes for at least two, she said.

“The drive actually was just lovely, they all fell asleep believe it or not,” Andreasen said. “The deciding factor is my practice run to make sure they’ll all ride OK in the car.” All About Cats, a rescue and adoption shelter based in Pinellas, also uses the show to put their cats in front of animal lovers that could be good adoptive parents. The shelter is run completely by volunteers out of “foster homes,” and is providing for more than 100 cats, most saved from being euthanized by the county. “It’s incredibly difficult to find homes for all our strays, but there are just too many cats in this county,” said Margret Hodgens, a volunteer. “We got one of our cats — who was pregnant with six kittens — two hours before she was going to be euthanized … Knowing we save cats like that is just the best feeling of love.”

© 2016 All Rights Reserved. BoydsBengals | Created by Boost By Design
Contact Us

Interested in a BoydsBengal? We are not around right now, so please feel free to send us a message. Please also make sure to fill out our Cat / Kitten Application on our website so we have a better idea of what kind of bengal you’re looking for!